Homeowners who enjoy outdoor living know the feeling of wind on your cheek as you sit and enjoy shade when you want it, and or sunshine – at the push of a button. Whether adding on to custom decks or for outdoor kitchens, or any outdoor living area, adding a custom pergola can bring new life to that outdoor living area and make it feel like a new deck, and highlight high end hardscapes and outdoor designs.

Seeing what a trellis, arbor, gazebo can do for your landscaping feel and polish for your Kansas City area home or business, and seeing the craftsmanship and workmanship results from working with KC Outdoor Structure, your premier pergola builder Kansas City and beyond.

From Leawood to Olathe, Lee’s Summit to Lenexa, Overland Park and Johnson County, we service the greater Kansas City metro area, and throughout the Missouri region. We can provide a free quote for your project, or a free consultation for a covered deck with a motorized pergola from KC Outdoor Structure, featuring the advanced and incredible StruXure products. It will make any deck project into a modern classic. 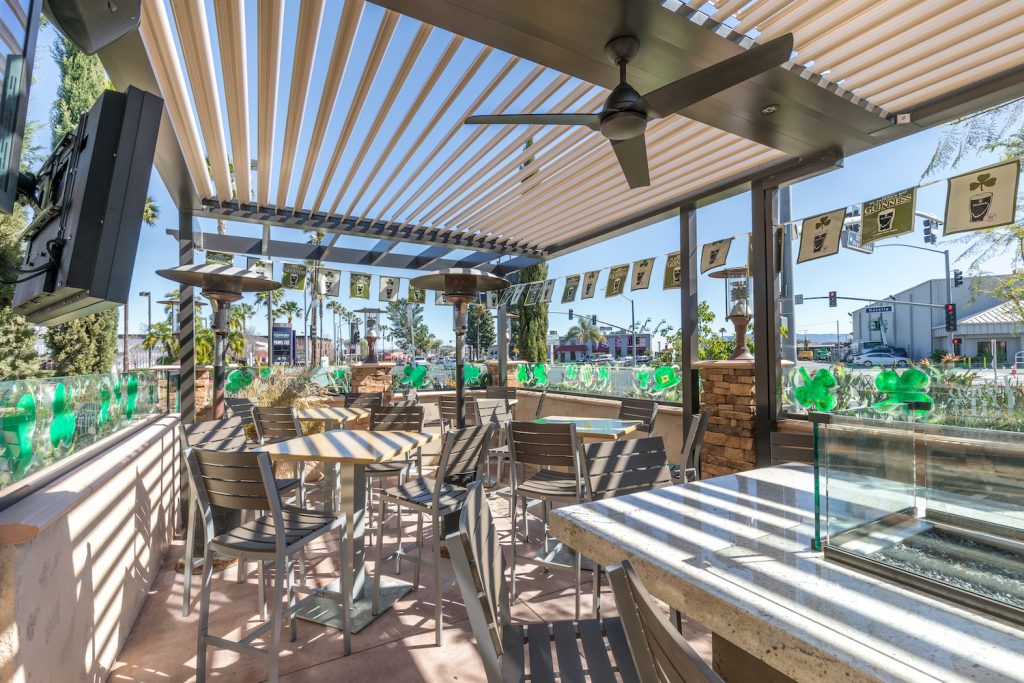 Receive A 15-Year Warranty On StruXure

Open Up the Possibilities

The Outdoor Living industry has been one of the fastest growing industries over the past decade. Popular programming on networks like HGTV and DIY, dedicated to decorating and home improvement, now educates and inspires homeowners about all the possibilities for transforming their homes. As the trend of moving indoor rooms outdoors grew, creating unique ways to manage the elements like sun and rain became key to making these spaces more usable. Traditional architecture provided some fixes, but came with limitations and drawbacks. The industry was hungry for a better answer.

That’s why StruXure created the perfect solution to controlling the effects of weather. We designed, engineered and patented the highest quality resolution for improving outdoor living. Today, as the leading innovators in shade and shelter products, we continue to push the envelope, incorporating advanced technology and building materials into our latest designs. No other system offers this level of quality and technology.

WHY KC OUTDOOR STRUCTURE WAS CREATED

In the summer of 2018, an old customer contacted Jon (the now proud owner of KC Outdoor Structure) for a small repair. His hot tub had gone out and rather than repairing it yet again, he was going to replace it. The new hot tub was a different size and shape than the old one, and since it was set down flush with the deck, some modifications to the deck were needed. After starting, the project continued to grow and expand, eventually resulting in an entirely new outdoor living space.

There was something missing though. The deck was too hot in the summer with the sun beating down, not a single tree in the small yard. The hot tub was inconvenient to use when there was inclement weather.

He absolutely loved the new outdoor living space and wanted to maximize his use of it, no matter what the weather decided to do. He realized he needed to cover the space but hated the idea of closing it in with a solid structure. “I would love to find something that will cover the space, but that can be opened up when I want to let in the light. Can we do something like aluminum plantation shutters overhead?”, he asked. “I’ll look around for something”.

Ten minutes later Jon received a screenshot of one of the most amazing things he’d ever seen. It was almost exactly what his customer had envisioned, an aluminum louvered roof. After a short internet search of his own, Jon came across the website for “The Smart Pergola”. It was an Indiana company specializing in selling and installing the StruXure Outdoor louvered roof system. Jon asked his wife to call them immediately and she was directed to the manufacturer, StruXure Outdoor. Thus began the journey…

All the way from the initial startup, through the design process, and on to ordering and post-sale follow up, the StruXure team never failed to impress. As he began construction and the system started coming together, Jon knew he had found a product that was truly remarkable. This product would change the way his customer lived. He would enjoy the outdoor space Jon created for him on a whole new level. Seeing the possibilities and wanting to recreate that feeling for everyone he knew; Jon became inspired to get involved. Jon has always prided himself on offering the best service and support that a customer could expect before, during and after a sale.

These values lined up with what StruXure was clearly all about. Jon called the sales director at StruXure and asked how to become a StruXure dealer. Three months and a trip to Georgia for training later, and KC Outdoor Structure was born.

KC Outdoor Structure is your number one choice for retractable awnings, pergolas, canopies, commercial awnings and pergolas, custom projects and more. Call today to see what KC Outdoor can do for you. 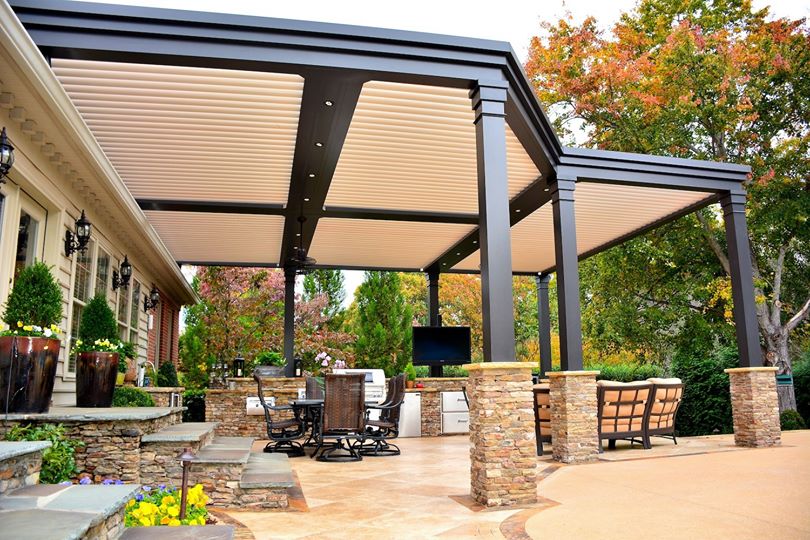